OIDC under the microscope

In a previous blog post we covered SSO, what it is, and the two main technologies that are used to implement it. In the next post, we covered SAML, the first of these technologies. This time, we’re taking a deep technical dive into the other: OpenID Connect - often abbreviated to OIDC - and OAuth, the authorization protocols that support it.

This section gives a fairly high-level primer on OAuth, intended to illustrate what it is in the context of OIDC. In and of itself, OAuth is a deep topic with lots of interesting security aspects; for the sake of brevity, we won’t be covering all of them.

Let’s take a real-world example: I have a Gmail account, and I want to use a service that’ll go through all the automated emails I received in the last 90 days and send responses asking each of the senders to delete the data they have on file about me. That means that the service will need to be able to read my emails, and send emails from my account. However, I don’t want to just give the service the credentials I use to log in to my Google account; that would also give it access to my Drive, any location data history the Google Maps has collected, and so on.

Instead, the service should only be able to perform the actions I want it to, and that’s where OAuth comes in. OAuth provides a mechanism for allowing that service to request access specifically to only the actions it needs, without compromising the security of other information or restricted actions managed by my Google account.

In OAuth world, there are a few different entities:

How does it work?

The big concept that drives OAuth is the idea of tokens. Tokens are objects that the Authorisation Server can issue for a client to use, and in OAuth there are two different kinds:

There are a few different important qualities that tokens need to have:

An OAuth Authorisation Server will have a few different endpoints which are used at various stages in the process. In the following flow, we’ll see a couple:

The Resource Server will also have a variety of endpoints, depending on what kind of resources it serves; it’s up to the Relying Party to make sure they access the correct one.

So, authorising a client to use some of your resources that are hosted on a Resource Server goes like this:

Then, going forwards, as long as the client application has a valid Access Token (either from this process or by requesting a new one using its Refresh Token), it doesn’t need you as the Resource Owner to grant access again. If the Refresh Token expires or is revoked, then this flow will need to happen again.

And that’s how OAuth allows you to delegate access to your resources!

Why do we need something else for authentication?

Reading the above, you might think that OAuth is sufficient for authentication purposes. After all, if you want to use an OAuth-provided identity to log in with a third party service, OAuth already exists to facilitate permissions sharing between those two services, right? Well, that’s just the thing: an OAuth token creates a relationship between those two services, letting one use the other’s resources. You, as the user, are really only there at token creation time in order to agree that that relationship is OK; after that, OAuth doesn’t care whether or not you’re authenticated.

OAuth isn’t about identity, it’s about resources, and the authorisation to use those resources. These concepts are closely connected, but they’re not the same, and getting them mixed up can lead to gaps in security. It’s absolutely possible to do authentication with OAuth, and it’s people did before OIDC - but you have to be very careful when implementing it.

For example, it might be tempting to assume that a valid Access Token constitutes proof of identity. After all, the user had to authenticate with the OAuth identity provider in order for that Access Token to exist. Unfortunately, there are multiple issues with this approach. One problem is that user authentication isn’t the only time that Access Tokens can be created; any client with a Refresh Token can create one. This is in fact a fundamental design requirement of OAuth, since it exists to ease the sharing of resources between services, and shouldn’t require user presence at all stages!

Another issue is that, since Access Tokens are opaque to the client by design, the third-party service that receives the Access Token as proof of identity won’t be able to get any information from it. In fact, the service won’t even be able to inspect the token to verify that the user is who they say they are! This is because the client isn’t actually who the Access Token is for - it’s meant to be parsed by the OAuth Resource Server, not the third-party service itself.

OAuth isn’t unusable for authentication - but we can do better

What if we had something designed for the purpose? We’d need a token that’s only created at authentication time, and is designed to be parsed by the client.

That’s what OpenID Connect does!

What is OpenID Connect?

The key thing that OIDC provides is the idea of an ID Token - a token designed to be used as proof of OAuth identity, for consumption by the client service. ID Tokens, unlike Access and Refresh tokens, have a specified format: they’re constructed as JSON Web Tokens (or JWTs). JWTs are JSON payloads which are then cryptographically signed by the issuer. This means that they’re protected from tampering, but they can still be parsed by the recipient.

The flow for a user authenticating with a Relying Party using their OAuth Identity then looks like this:

Note that the Resource Server isn’t involved at all. The only ‘resource’ you’re trying to share is proof of your identity, and that’s solely the domain of the Authorisation Server.

In reality, the ID Token is quite different to the Access and Refresh Token types. It isn’t meant to be used by the Resource or Authorisation Servers; it’s just a record of the authentication event that occurred when the user logged in to the Authorisation Server. But that’s all that the Relying Party needs in order to know who you are.

If the Relying Party also wants to know extra information about you, then it needs to request an Access Token which has the relevant scopes - for example, email and address - and it can do this at the same time, as mentioned in the flow above. (It might seem like one could just use the /userinfo endpoint to use OAuth itself for authentication, but that endpoint is in fact something that’s defined by the OIDC spec, and isn’t required for OAuth.)

So, how can this all go wrong? Well, there are a few different ways, including the following:

In order to address the first problem, a Relying Party needs to have an existing relationship with the OAuth Identity Provider before it can use OIDC to authenticate its users. This involves the Relying Party being registered with that OAuth Server and having a client ID and a client secret. That identifying information is then included whenever the Relying Party makes a request for tokens, so that the OAuth Server can be sure that the request is legitimate. Of course, this means that that ID and secret need to be stored securely by the Relying Party; for instance, all API calls using them should be made from a server, rather than a user’s browser.

The second possibility could come about in a couple of ways; either the Access Token is intercepted in transit, or it’s leaked to external parties by the legitimate Relying Party. To avoid the first of these, all the API calls should be made using HTTPS, so that all the traffic is encrypted and can’t be inspected by any onlookers. To avoid the second problem, it’s important that the Relying Party should always treat Access Tokens securely, and this includes only ever using them in a server and not in the user’s browser (just as with the client ID and secret).

The third problem is largely prevented by the fact that ID Tokens are JWTs, which are cryptographically signed by design. If, however, the OAuth Authorisation Server isn’t signing its JWTs (which it should!), then this vulnerability can be mitigated by the Relying Party only ever trusting tokens that result from a direct API call. It can also verify the tokens it receives by sending them to the Authorisation Server’s /introspect endpoint, which will tell the Relying Party whether or not a given token is valid.

So, what do you need to do in order to enable OpenID Connect authentication for your web apps? Well, you need your web app to be able to make the appropriate API calls to your OAuth Identity Provider of choice (making sure you ask for the right kind of tokens!) and for your app to be able to safely handle the responses it gets. Unfortunately, this can be pretty fraught, because you need to be certain that you’re doing everything correctly at every stage of the process, or else you risk falling foul of some of the vulnerabilities we discussed above. However, once it’s set up, you get all the benefits of SSO.

Enabling SSO for your users is as simple as using Anvil’s built-in User Authentication service, and ticking a single checkbox. Easy! 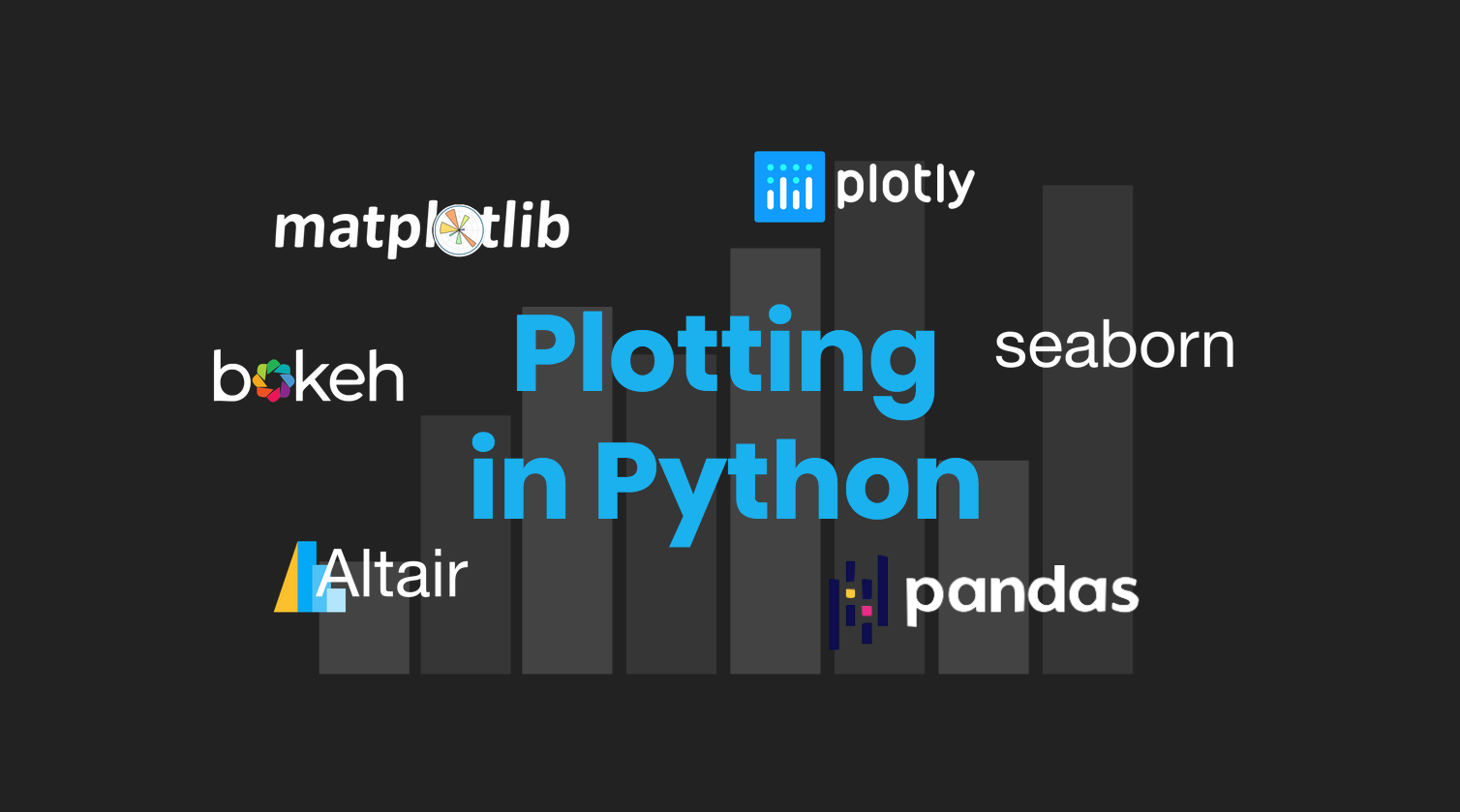