While working on my apps, I keep incurring into two slightly annoying things:

Those two things kept bothering me enough that I created an input_box() and an alert2() functions to address the problem.

Now my apps don’t have a bunch of little input forms, all the input forms look and behave consistently, all have consistent validation and all the code that manages them is inside the form that uses them instead of being spread across many little forms.

The input_box() function takes care of all those problems and a little more:

The alert2() function is a simple replacement of the native alert() function with three differences:

The input_box() function allows to add a number of rows, each with either a RichText or an input component. The list of rows is specified with the items argument. The function returns a dictionary with one value per input component plus one element with the clicked button.

Large input forms can be managed with one single call to input_box(), but defining a large items can quickly become cumbersome, so it is possible to obtain the same result with something like this:

The example app below shows how to use alert2(), input_box() and InputBox.

One note about the InputBox.results dictionary: the dictionary contains an element per input component. The dictionary keys are the name argument of the row. If name is not provided, then prompt is used. If also prompt is missing, then text is used (see the CheckBoxes in the example app`).

The elegant way would be to include name for every row. The lazy way (which I always use) is to use the prompt to identify the rows. I only use name when there is no prompt (see 'name': 'notes' in the example app).

The example app uses the almost out-of-the-box Material Design. I added a few rows at the top of theme.css that affect how TextAreas and Buttons look. They are not required for the app to work.

This is the example app:

This clone link includes the example app and the InputBox dependency. It does require but not include the Validator dependency. You can clone that from here, then replace the invalid dependency from the InputBox app with your copy of the Validator.
https://anvil.works/build#clone:LIZHS2JJBZLK2YC3=EZPVHMZ4WSJJGVLLMREMFPT4

9 Likes
alert/Form issue
[Wiki] Awesome custom components, dependencies (and the like)
Does a GridPanel inside an alert have only 8 columns?
I'm hesitating... need some feedbacks!
Monorepository vs Microservices for large 1000+ Files Anvil App
Capturing Form component attributes into a data structure
Proper syntax of user input
michaellavers April 13, 2022, 6:21am #2

thanks very much for this!!

I was experimenting with the wording to use on an alert, and I kept changing the code and rerunning the app. Tedious slow job.

Then I realized that the Beta IDE has an awesome console, so I tried this and it worked: 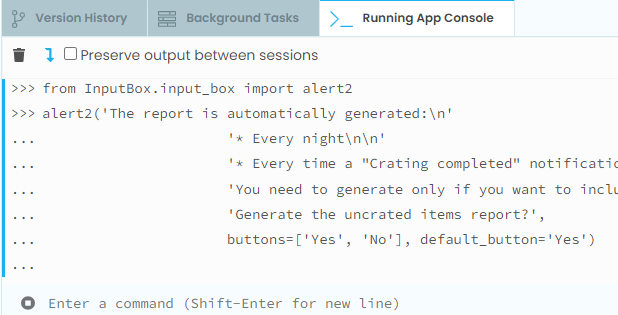 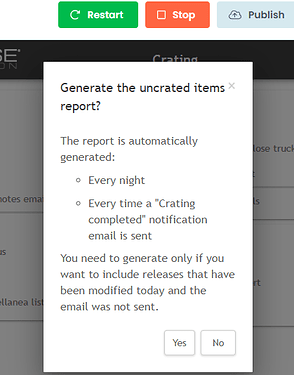