So your workflow becomes (almost

I think these are related:

Setting up an environment for testing modules locally Show and Tell

I always clone my apps and test the modules locally. Unfortunately sometimes the process is not smooth and I can have the following problems: Sometimes server functions run on the server, so they can’t be debugged Sometimes server functions run locally, so they don’t work (for example when they use SQL - I have a dedicated plan with SQL access that only works on the server) Sometimes the production app, which runs on the server on a different environment and on a different branch, stops workin…

I feel the same way. Autocomplete is important. I have generated almost the entire anvil sdk as stubs, so I do have autocomplete in PyCharm. Some of the anvil.users. functions I have filled out. Also the anvil.server.call() and @anvil.server.callable etc. Now I can pytest my UI modules in PyCharm. If a UI module wants to call the server, it can. All the anvil tables commands are wrapped around a SQLIte database. Basically it is nearly a reciprocal of anvil.works within PyCharm, except for th…

I haven’t tried any of them yet, though, and don’t understand enough to compare and contrast these approaches, but I’d be interested if others have thoughts.

Can’t wait to try it out.

Not yet, but we have some ideas of how we might extend amoni. Watch this space…

Hi Tim, I think it boils down to personal preferences. I am not a good programmer. So I really needed tight integration with PyCharm: I need it’s strict type checking features, it’s integration with pytest, it’s fantastic auto-complete, and its debugger which allows line-by-line execution.

All the things that a bad programmer needs. And so that’s why I put the time and effort into pyDALAnvilWorks.

My anvil apps are simple though. So I only put those things into this repo that I use. I think Amoni will be much better for more sophisticated apps.

The amoni app server image has now been rebuilt with v1.7.0:

Hi all, The latest version of the open-source Anvil App Server is out! Upgrade with: pip install --upgrade anvil-app-server This release includes various performance enhancements, bugfixes, and recently released features from the hosted platform. It fixes some email bugs, and doesn’t load external APIs (eg YouTube, Stripe) until/unless they’re used. Also, using psql-anvil-app-server, you can now query and update the contents of your Data Tables directly with SQL! (Try SELECT * FROM users) Th…

A whole bunch of updates to amoni:

Next up - commands to add/edit/remove data tables and columns (when I get a spare hour or two).

Thank you for the awesome tool @owen.campbell !
May I ask - how to add anvil_extras as working dependency?

I see in my config.yaml that

And I have anvil_extras in my app folder.
And in anvil.yaml of my Anvil application I see the same dependency id

Probably best to pick this up on the amoni repo rather than here as it’s not an anvil issue: 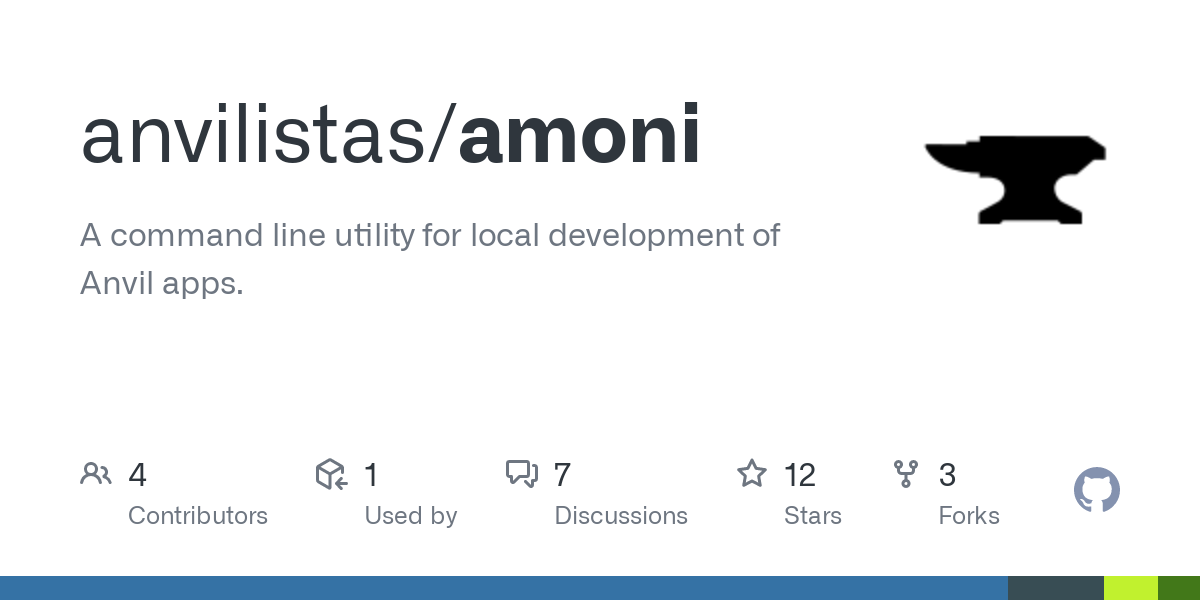 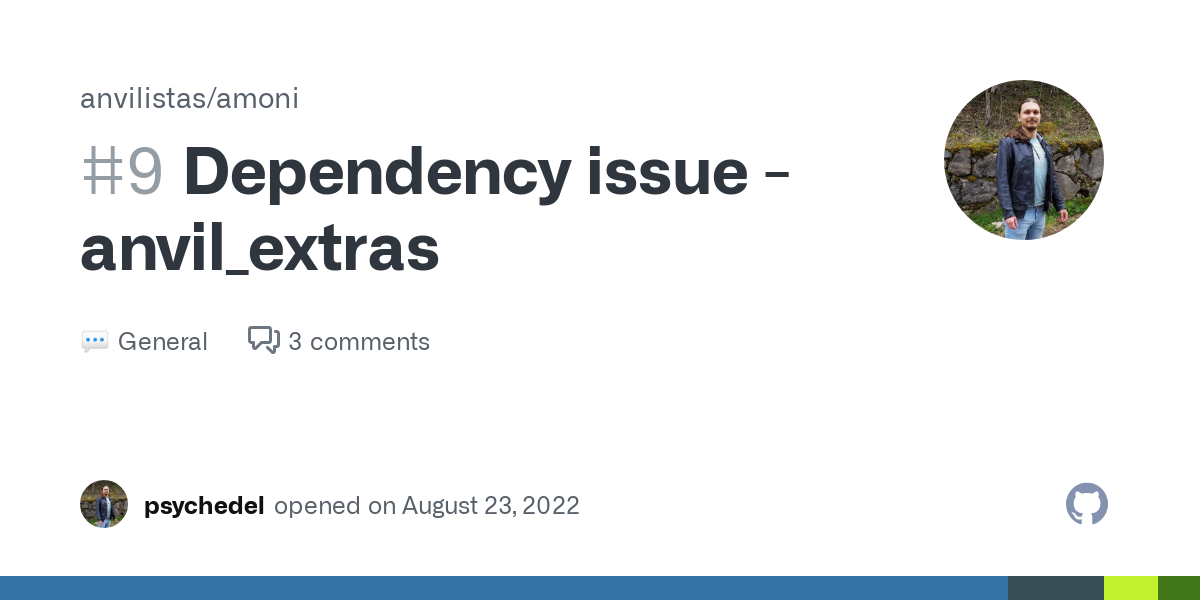 Thank you for the awesome tool @owen.campbell ! May I ask - how to add anvil_extras as working dependency? I receive error The app you requested could not be loaded. This app may be misconfigured. ...

Amoni is now at v0.0.10 with a bug fix for the issue found by @psychedel.gcloud and another to handle apps with no data tables gracefully.

HI Owen, thanks for your hard work. Just a note, I looked into your anvil-stubs package and if you want more stubs, I have most of them in the anvil folder on pyDALAnvilWorks